The landscape design of the hill by Michel Corajoud

THE GREEN SETTING OF THE CHAPEL

Michel Corajoud took part in Renzo Piano’s project for the building of the monastery of Saint-Clare, of the new gatehouse, and the rehabilitation of the landscape of the site of Notre-Dame du Haut.

Michel Corajoud’s position on the landscape of the site is based on a very simple observation: the outstanding work by Le Corbusier is perceived in its relationship to the hill, by successive echoes from the large landscape to the horizons.

He made his some of the architect’s phrases “an acoustic answer in the landscape”, “the acoustic reply- acoustic in shapes.”

Before setting to work in the architectural project, Michel Corajoud and José Taborda, his partner, observed the three horizons north, east and south” on the site.

They compared their observation with a rare document about the maintenance of the place around the building, namely a plan made on the 30th of June 1959 by André Maisonnier on Le Corbusier’s instructions about how to maintain the openings in the tree tops.

Nevertheless it must be kept in mind that these instructions dealt with a much smaller context, since the cadastral parcel of the sanctuary, owned by the real estate company, was very small at the time. Nevertheless this document is priceless, because it confirms two essential elements:  making precise openings in the tree tops and maintaining flowerbeds and isolated elements in place. The space around the buildings is not to be cleared.

On this document, the northern slope is cleared, cherry trees are preserved (the old cherry trees have been replaced), a diagonal opening starts from the pyramid towards the Vosges Ballons, another opening is made towards the town of Ronchamp, from the pilgrim’s shelter towards the Belfort Gap. 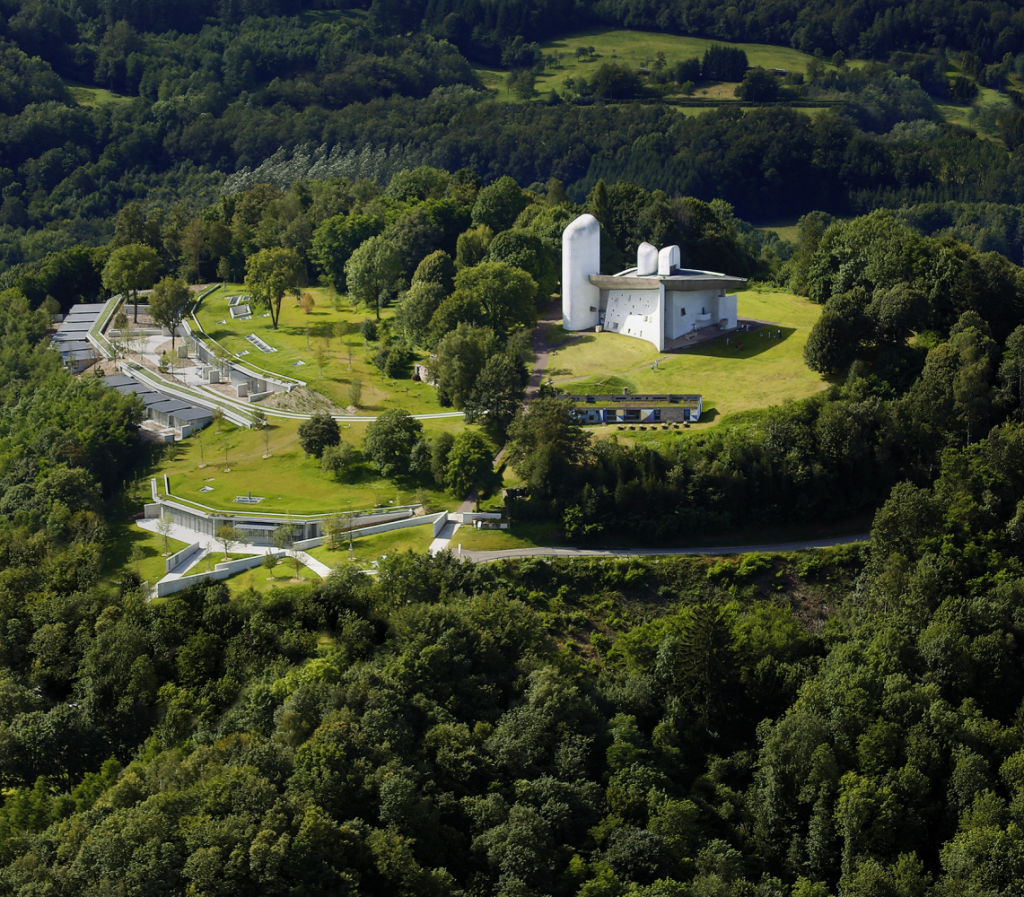 THE LANDSCAPE DESIGN OF THE HILL

The instructions mentioned on the plan drawn by Maisonnier have been mostly respected on the original parcel. Since the building of the Chapel, the property of the association has got larger and on the western slope a pasture has slowly been covered with trees.

In the north, the view will remain open by suppressing a row of Japanese knotweed, which is an extremely invasive plant. In the east, resinous trees must be taken care of, as they will shortly shut off the view. In the south, the situation is satisfactory, on condition that the very quick growth of black locusts can be contained, but above all, the trees around the Chaplain’s house must be cut to keep the view on the Jura folds in the horizon.

After observing the existing situation to understand the landscape aspect in Le Corbusier’s and Maisonnier’s work, Michel Corajoud set to work on the view to the west. It is the place of the monastery, precisely on a parcel which was not mentioned on Maisonnier’s plan.  This parcel which was totally clear in 1950 was totally covered with forest in 2006. So, it was necessary to find again the horizon in the direction of the Saône valley.

We must go back to the origin of the project to understand that the question of light as a source of emotion was Renzo Piano’s first intention, which was going to lead the development of his design. This light was not quite the spectacular and multiple light of the nearby Sanctuary, but rather the diffracted light of the canopy in a forest. The Corajoud workshop offered a gorgeous picture of the undergrowth pierced by the light through the high trees. This picture became the reference of the quest for this type of light.

Starting from this reference, Michel Corajoud and José Taborda  strived to have both a filtering canopy and separated openings on the horizon. Renzo Piano wished to have as many trees as possible left in place.

Then Claude Guinaudeau, an arborist, intervened to check on the health of the trees. Some beautiful trees were preserved, the feeblest ones were cut down to make room for the building site. The forest had to be replanted. A landscape had to be rehabilitated.

It is necessary to plant new big trees, without thickets, allowing the eyes to reach the horizon free of obstacles. The slanting slope must be used to plant the forest below while clearing the view from the Chapel. Only the horizontal lines of concrete signal that the hill was carved. With time, the plants will become denser and will produce the requested light.

The plantation plan was defined by these two principles, anticipating a dense canopy for the monastery and the gatehouse (Porterie), and clearing the view towards the Saône Plain. The landscape architect chose a pragmatic approach and planned to plant during the building by checking on sight the position of the trees to anticipate their effect when they grow up.

The path to the sanctuary was rehabilitated and took into account the Stations of the Cross which start at the village cemetery. It is a very beautiful path under the cover of the trees, which is difficult during the first 100 meters (later cleared by young volunteers), but which goes on smoothly on well-drained ground along an easy slope.

It leads to a huge clearing at the edge of the forest where the Chapel dominates the trees surrounding it. Michel Corajoud suggested to use grass grid pavers to continue the pilgrim’s path which leads to the “red rutted track” defined by Le Corbusier.

This rutted track, which is the final section on a dozen of meters, was tarred to make it accessible to cars. The landscape architect suggested to renovate it in a more rustic way with spaced stripes of concrete allowing both pedestrians and emergency access.

The old gatehouse was demolished and a new one was built more to the west. The car park was moved in the same direction so that the road (Route Départementale n°246) arrives straight to it.

No satisfactory solution has been found up to now for the last part of the path, which deserves much attention. Its safety, the plants growing along it and the lighting of the Chapel will have to be taken into account.

The service driveway to the Community is as discrete as possible until it finally arrives at the workshops. It consists in two narrow stripes for a car. For the rest of the surfaces, a lawn joins the meadow around the Chapel.

This presentation of Michel Corajoud’s work is based for the most part on the landscape elements of the building permit: “layout of buildings: Community and reception building on the hill in Ronchamp”, delivered in 2008. There were also regular meetings and site meetings. He visited the site with his partner José Taborda on the eve of the presentation of his project at Chaillot in June 2008. He took many pictures for his presentation and asked many questions about the evolution of the vegetation on the site and about the trees to preserve or cut down.

Michel Corajoud had a simple and easy contact. He was sensitive and shy and he was always very careful when he developed his ideas in a small group, while he was thinking aloud. He was always waiting for someone’s opinion or support as if he lacked self-confidence. During lectures, faced with the public, he had another personality. Convincing, friendly, he immediately captivated his audience. The natural authority of his speeches came from his simple, effortless way of speaking with images and a precise vocabulary. 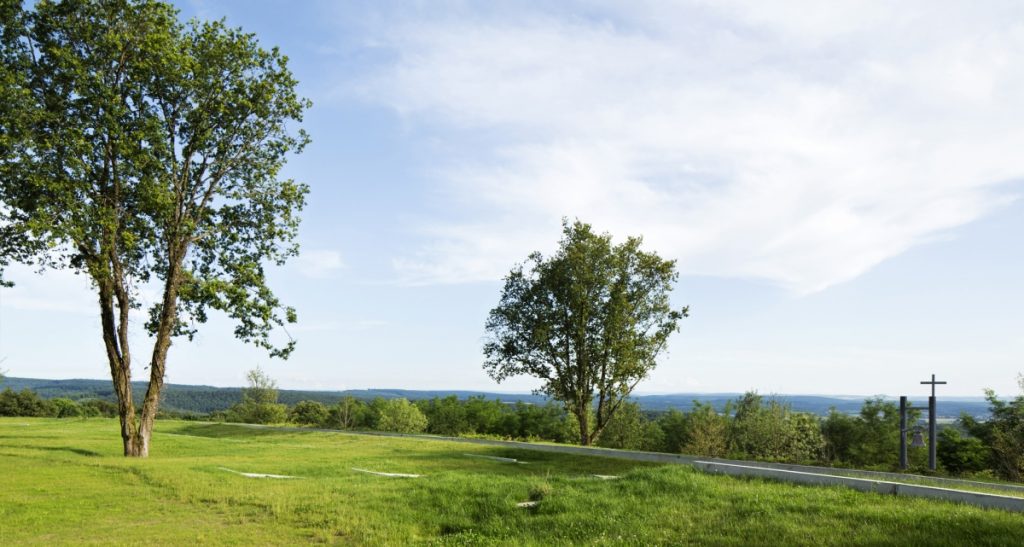 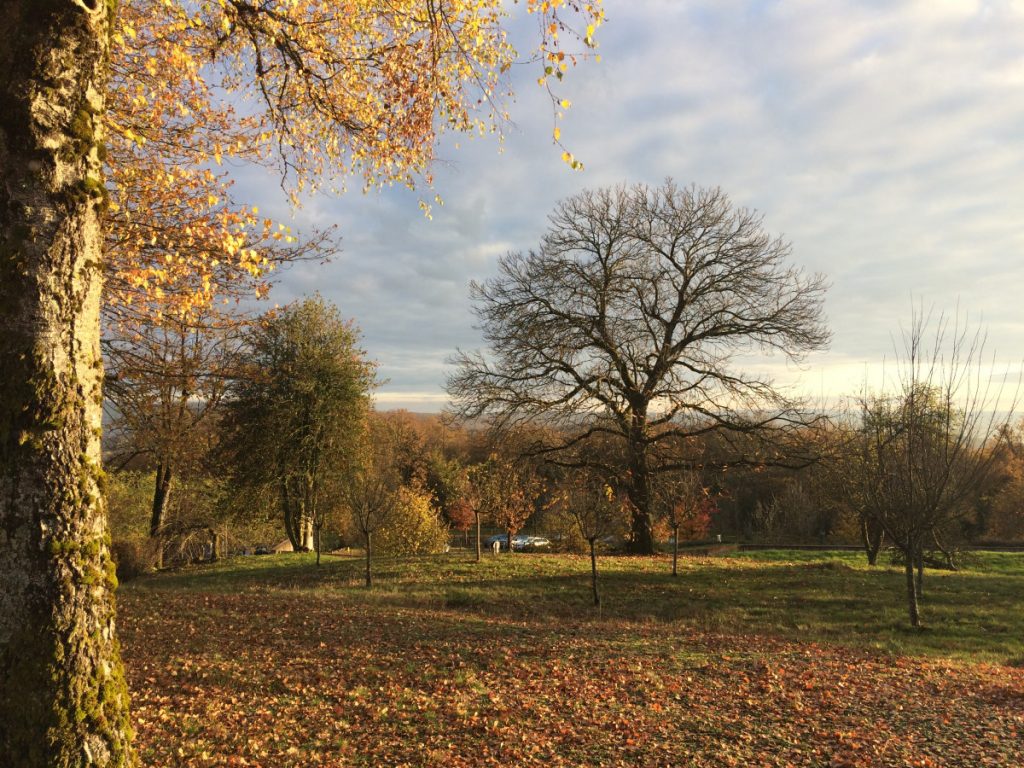 THE OTHER WORKS OF THE HILL 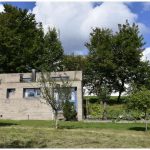 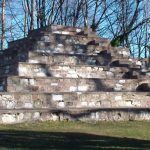 THE PYRAMID OF PEACE 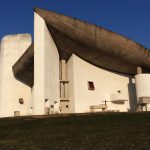 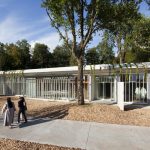 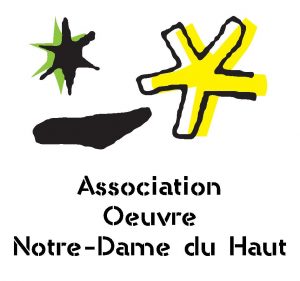 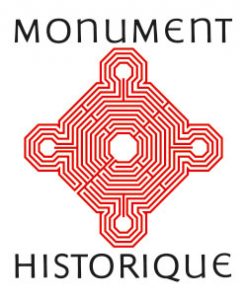 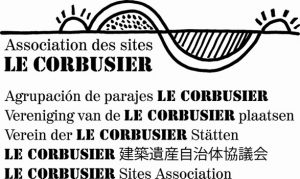 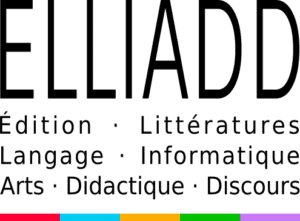 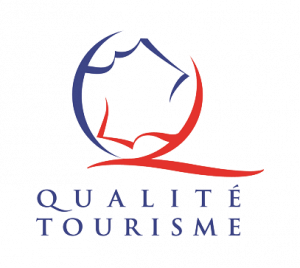 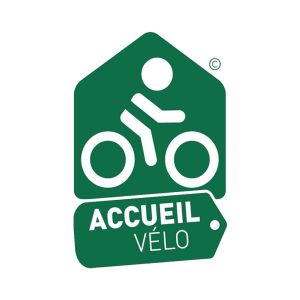 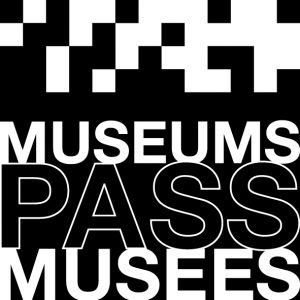 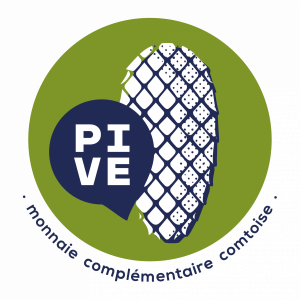